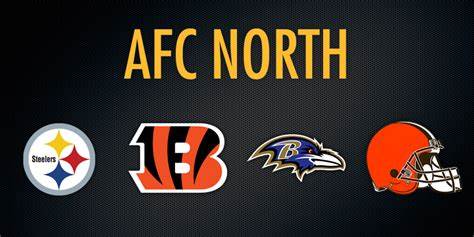 Don’t sleep on the AFC North. Despite producing a conference champion, the AFC North has been largely overlooked this offseason, as other divisions have received more attention during Madden NFL 23 beta test. Expect that to change as ratings are released and the full capabilities of each team is revealed. Be sure to check out the Madden Underground Podcast every Wednesday at 5pm PDT/ 8pm ET via Twitch.tv/maddenunderground as we discuss the other 7 divisions.

The Browns are one of the few teams that contain youth and depth. Chubb is the guy, but Kareem Hunt is a valuable back up. Hunt and Mayfield can be huge assets when trying to plan for the future given the bind that the Amari Cooper and Deshaun Watson trades may present to the salary cap moving forward. The addition of Jakeem Grant will aid Anthony Schwartz in the special teams and taking the top off the defense with blazing speed. The Browns defense has the potential to be lights out if the final version of Madden NFL 23 is anything like the Beta. Ball Hawking Secondary, Dominant pass rushers, and speedy backers in the box can make for a disaster for any offense.

We all know how special of a talent Lamar Jackson is, but the loss of Hollywood Brown will be felt by avid Raven users. Although the Ravens lack a legit #1 receiver, the team still possesses components on the offensive side of the ball fitting of any contender. One of the best tight ends in the game and a great stable of backs. Defensively the Ravens lack nothing, great front 7 and secondary. Young players like Kyle Hamilton, David Ojabo will be instant impact players. But don’t Forget Lamar Jackson will need a new contract.

The Bengals clearly embody that young fly energy you want to have in a Madden team. Burrow, Mixon, and Chase are a given. What about Hayden Hurst a great young replacement for Uzomah. Hurst adds much needed speed to the tight end position. The Bengals offensive line is vastly improved with the additions of La’el Collins and Alex Cappa. The Bengals also added some very dynamic pieces to the secondary. Daxton Hill, Cam Taylor-Britt, and Tycen Anderson. All three ran sub 4.4 40 times adding much needed speed in the secondary. The Bengals should be very fun to play with.

The Steelers are not a rebuild, I repeat the Steelers are not a rebuild. Pittsburgh has a lot of promising pieces. A young and talented Quarterback in Kenny Pickett, a work horse back in Najee Harris, and a versatile receiving core. The addition of George Pickens provides a dog of a replacement for the Tik Tok sensation Juju Smith Schuster. The bigger faster Pickens provides a larger window for big play potential. An emerging Chase Claypool allows Diontae Johnson to embrace the role of a true slot receiver where he can be most productive.  Calvin Austin lll serves as a faster and more versatile replacement for the loss of James Washington & Ray Ray Mccloud. The loss of Big Ben did wonders for the salary cap making the Steelers a great team to build in Madden NFL 23 Franchise Mode.