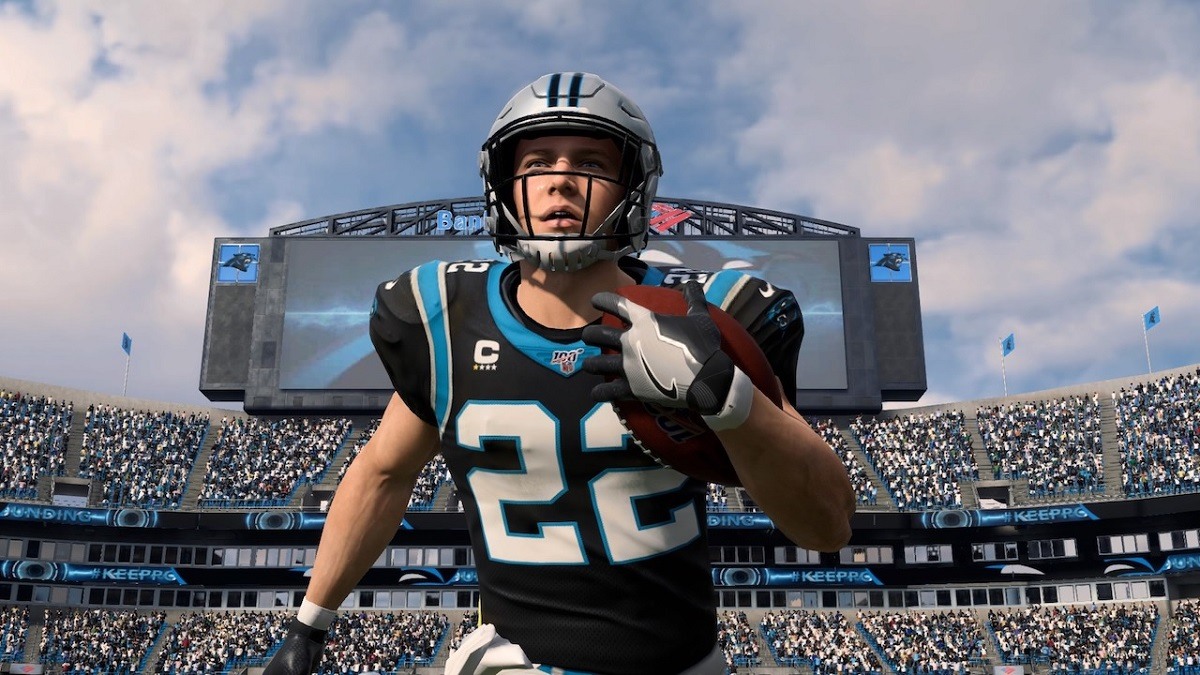 Arguably the most talented running back in the 2021 draft class, Najee Harris landed with the Pittsburgh Steelers at No. 24 overall. He’s a power back archetype with an 81 Strength rating, highest among top rookie backs in Madden NFL 22, and has 94 Jumping and 95 Stamina ratings at launch.

In 2020, Harris led the FBS with 26 rushing touchdowns and 30 total touchdowns. He has an uncanny ability to make defenders miss, as he forced 93 missed tackles on scrimmage touches in 2020, the most in the FBS per Pro Football Focus. Harris also posted 821 rushing yards after contact, second-most in the FBS.

The Jaguars invested in the future of their offense with two Clemson stars in the first round, taking quarterback Trevor Lawrence at No. 1 overall, and nabbed dual-threat running back Travis Etienne Jr. at No. 25 overall.

Etienne Jr. is an elusive back archetype with a 92 Speed rating and a 93 Acceleration rating coming into Madden NFL 22. There’s no doubt he’ll make an immediate impact in the Jacksonville backfield alongside James Robinson. He set ACC records with 4,952 career rushing yards and 70 career rushing touchdowns. He also led all FBS running backs in receiving yards (588) and receiving first downs (28), and ranked second at his position in receptions (48) in 2020.

Second-round draft pick Javonte Williams is a power back archetype in Madden NFL 22, leading the rookie HB class with an 85 Break Tackle rating and an 88 Trucking rating

The UNC product forced the second-most missed tackles on scrimmage touches in 2020, second in the FBS only to Najee Harris, per Pro Football Focus. Williams was also his team’s offensive MVP last season and was one of four FBS backs with 20-plus total touchdowns in the 11 games he played.

Drafted by the San Francisco 49ers at No. 88 overall, Trey Sermon enters Madden 22 with 93 Acceleration and 95 Carrying (ball security) ratings, both of which are tops in the game among the rookie HB class.

An elusive back archetype, the Ohio State product led his team with 166 carries for 870 rush yards in the eight games he played in 2020. Sermon also had impressive production in the Big Ten Championship, posting a 29/331/2 line, and he went 31/193/1 in the College Football Playoff semifinal.

Another UNC product, Carter is an elusive back archetype. He led the FBS with 8.0 yards per carry and ranked fourth with 1,245 rushing yards. The Jets need the backfield support that Carter can provide, as they only have Tevin Coleman and Ty Johnson ahead of Carter on the depth chart as training camp kicks off.

It’s not hyperbolic to suggest that Christian McCaffrey is the most complete and unique player in the NFL. Not only is he an absolute beast in the ground game, bashing through lines and shedding tackles with ease, he’s also an elite pass-catcher.

It’s this diverse toolkit that’s helped McCaffrey rack up numerous NFL and Panthers records–including being one of just three players in league history to get 1,000 rushing yards AND 1,000 receiving yards in a single season. When you need a player who will keep the defense guessing and deliver in any role you assign him, McCaffrey should be the first name on your list.

Fresh off being named 2020 Offensive Player of the Year, Derrick Henry is perhaps the most-feared running back in the NFL. An absolute bruiser with the ball, Henry’s stiff arm is iconic and his combination of size and speed is a nightmare for any defensive player.

Henry breaks tackles with ease, and he racked up over 300 more yards after contact than any other running back in the league last season. Henry is unstoppable with the ball in his hands, and about as sure a bet as any to get you those precious yards on the ground in nearly any situation.

A fierce power back with feet equally as nimble, Nick Chubb has quickly made his presence known in the NFL, already earning Pro Bowl selection in two of his three years in the league thus far.

Chubb has power and speed in strides, but where he really excels is ball security. Possessed with the safest hands and the highest Break Tackle rating in Madden NFL 22, Chubb is the man for the job when it comes to earning those extra few yards when the game is (literally) on the line.

After injury setbacks made his first couple seasons with the Vikings rough, Dalvin Cook came back with a fury over the last few years. Less focused on power and more focused on quickness and agility, Cook has the best juke moves in the game, and he puts defenders on skates on a regular basis.

2020 was filled with career-high numbers for Cook, and at only 25 he’s expected to improve even further and make his third Pro Bowl in a row in 2021.

Another running back whose toolkit is impressively deep, Alvin Kamara kicked off his career as the 2017 Offensive Rookie of the Year and set expectations for himself rather high. Lucky for him, Kamara has met and often exceeded those expectations as he’s led the Saints to some impressive victories over the years.

He tops the charts in both rushing and receiving categories, particularly excelling in Acceleration, Jumping, and Juke Move ratings. Whether you want to hand off the ball and watch him dance through the holes in the defensive line, or see him leap into the air to beat an unsuspecting defender in the secondary, Kamara will excel anywhere on your offense.