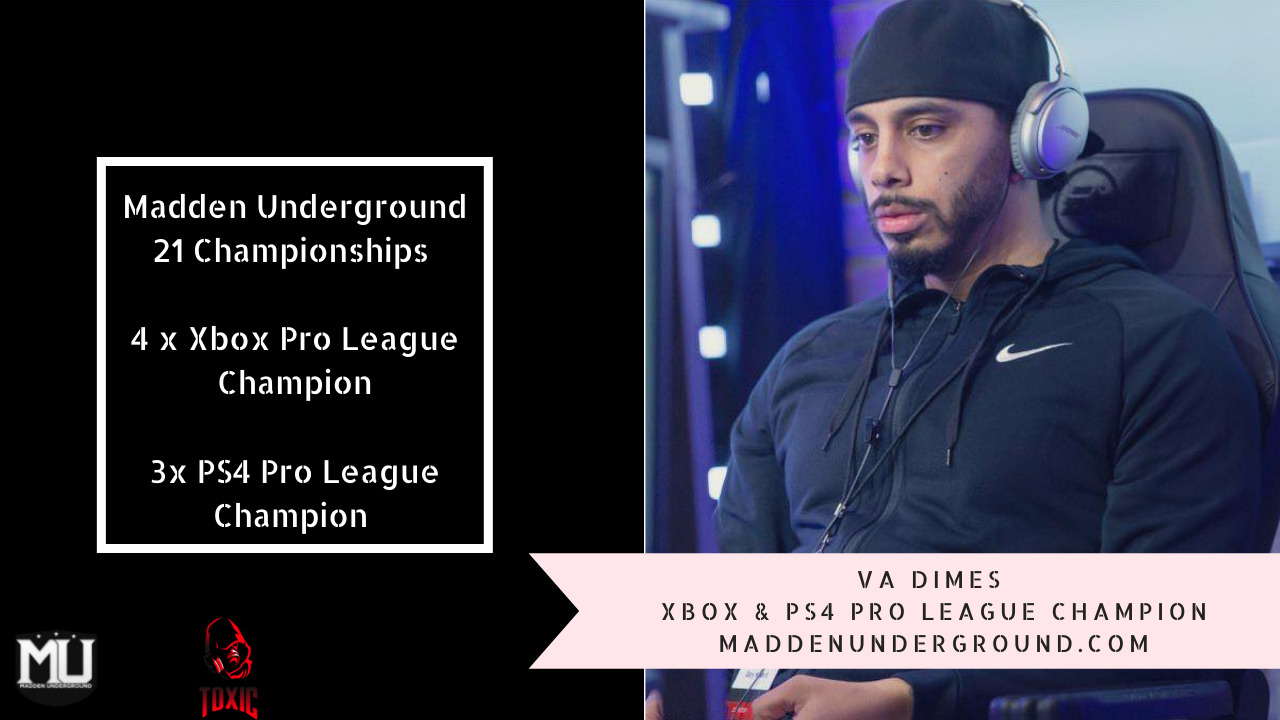 VA Dimes put together yet another remarkable Madden Underground year.  Something that has become the norm. Winning 4 of 5 Super Bowl’s in the Xbox Pro League, and 3 of 5 in our Ps4 Pro League making him the most dominant player in Madden Underground Franchise league history.  VA Dimes has collected thousands of dollars year after year simply from his sheer dominance of the Madden Underground Leagues.  One may ask what is necessary to achieve such success? Dime attributes his success to grueling preparation and constant mental reps.  He assembled a crew of competitive players to lab with that go by the name of Toxic Boys Inc. Veteran move some would say, in years past the success of a Madden player vastly depended on the players you frequently broke the game down with. On the Madden Underground Podcast Dimes was asked when and if he would retire? His response was simple “When I stop winning money”, in other words no time soon.