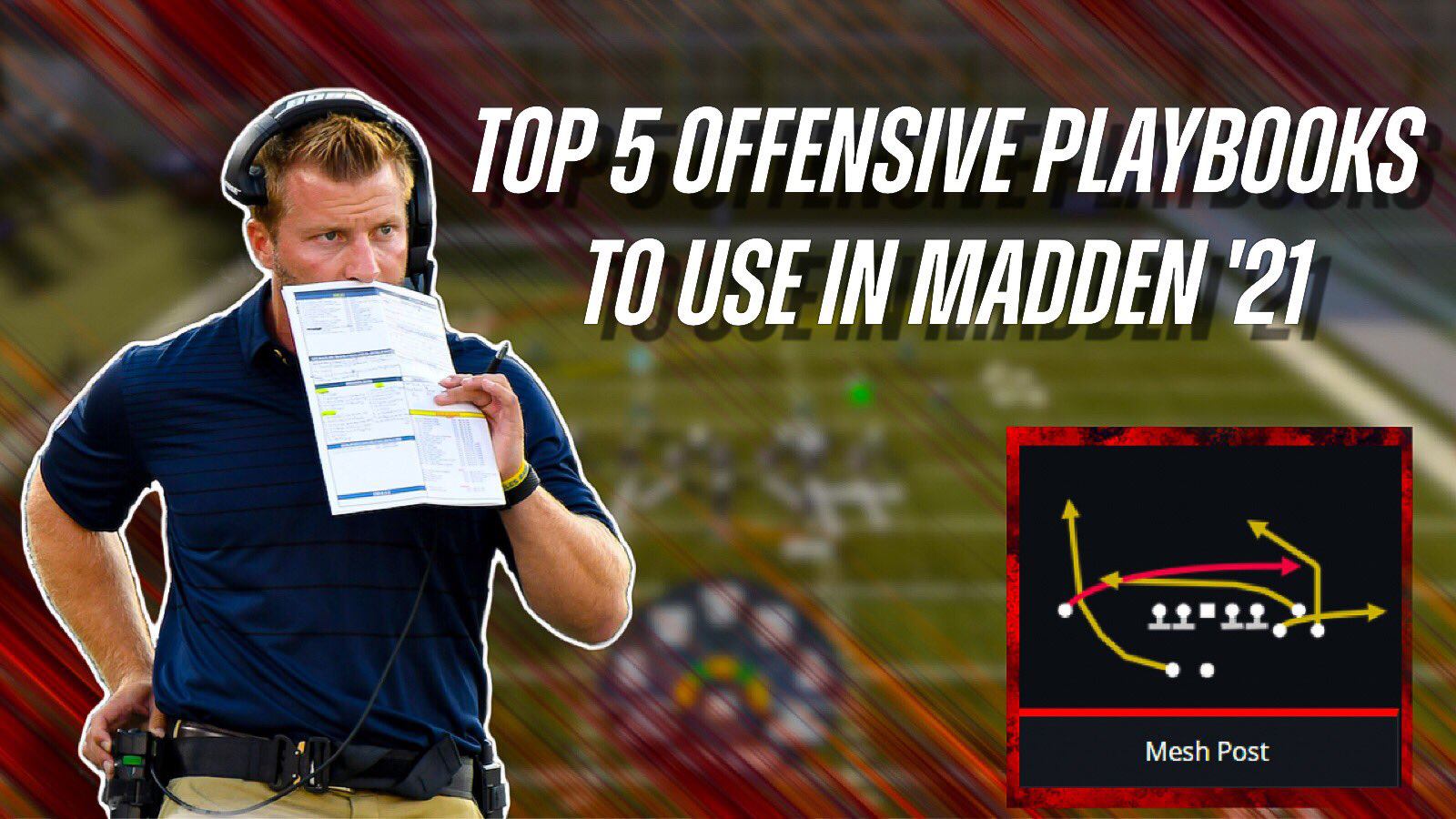 What’s going on everyone.  This is Dre Knows.  Hope you guys are off to a good start on Madden ’21.  We are officially in Madden season and I am here to drop you some offensive tips.  Specifically, for what playbooks may provide the best results from Day 1.  Obviously take these tips with a grain of salt as the game does change throughout the year and may impact some of these books.  However, this is my top 5 offensive playbooks from the start.

5) Spread – I don’t have too much experience in this playbook, but from talking with prominent members in the community, they have been raving about how good this playbook is.  I have also noticed a lot of players experimenting with Spread book during EA Access and it provides you a lot of good options in terms of routes.  It is tough for me to go into full specifics about this book, which explains why I only have it at #1, whereas more experience players may have this as their go-to playbook.

4) Tie between Raiders and 49ers – If you are looking to play similar to how Madden 20 played or if you are more of a running player as opposed to passing, then these are 2 of the best running playbooks for you.  They have a good blend of running formations that will help you dominate the run.  However, one thing worth noting, is that stretch is not as OP as it was last year.  I would look to implement more dives or power runs out of these formations.  I give a slight edge to the Raiders playbook due to the variety it offers and the passing formations (Bunch, Bunch TE and Trips TE)

3) Cardinals – This might end up being the best playbook by the end of the year.  Main reason?  Passing formations for DAYS.  I would highly recommend experimenting with the Gun Cluster formations.  It also has some Spread formation as well that adds a nice change of pace formation.

2) Patriots- My personal playbook.  In my opinion, this offense offers the best variety of passing formations that gives it a slight edge over the Cardinals book.  Look into formation such as (U-Trips, Bunch, Trips TE and Ace Slot).

1) West Coast – The gold standard when it comes to offense.  This playbook continues to offer the best bunch formation and with ’20, set the meta for Near Close Flex as well.  If you’re looking to run THE best version of Bunch, West Coast is a MUST.

Hope these tips give you a good idea of what to run going into Day 1 of Madden ’21.  However, regardless of the offense you use, it is up to you to execute!

Give me a follow on my socials below.  We are streaming heavy going into the Madden season and posting videos all year long!