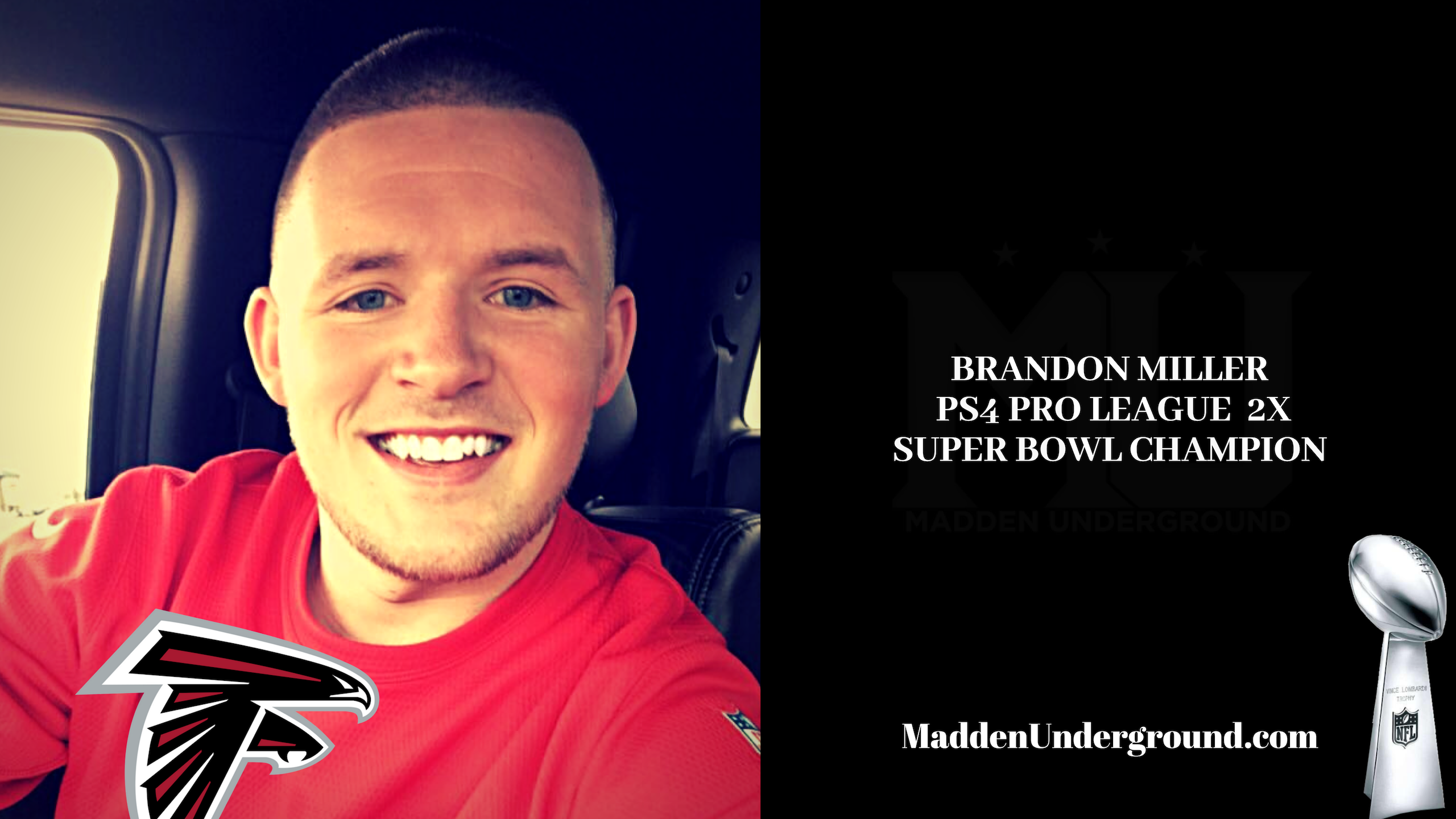 Brandon Miller has been the most dominant force in Madden Underground Ps4 League History. After winning all but one Madden Championship during the Madden 18 Season. He is already 2 for 2 when it comes to championships during the Madden 19 season. with 3 more titles to be awarded, many wonder if he is up to the task of claiming all 5. Effortless is a word that comes to mind when observing him breeze through regular season schedules year after year. Miller continuously finds way’s to make the league’s best appear sub par when on the same field as him. What makes him so dominant ? a question that plagues the league. It all starts with extreme Confidence. Champions believe in their capabilities and know what they can do. Brandon Miller exudes confidence. If he win’s there was never any doubt, but when he loses, which he almost never does. He knows exactly how to remedy the mistakes made on his part . Miller brings Extraordinary Determination and Commitment to the league. He never misses a game, never under estimates any opponent. People often take him running up the score as him just being an asshole, but a true champions plays until the final whistle or the opposition concedes. This is what it takes to be Champion you have to have that dog in you and Miller has proven to be top dog when it come to Madden Franchise Mode on Ps4.

Brandon Miller has collected over a thousand dollars in Madden 18 from Madden Underground League play.

if you think you have what it takes to dethrone Brandon Miller As Champion sign up by clicking the image below.