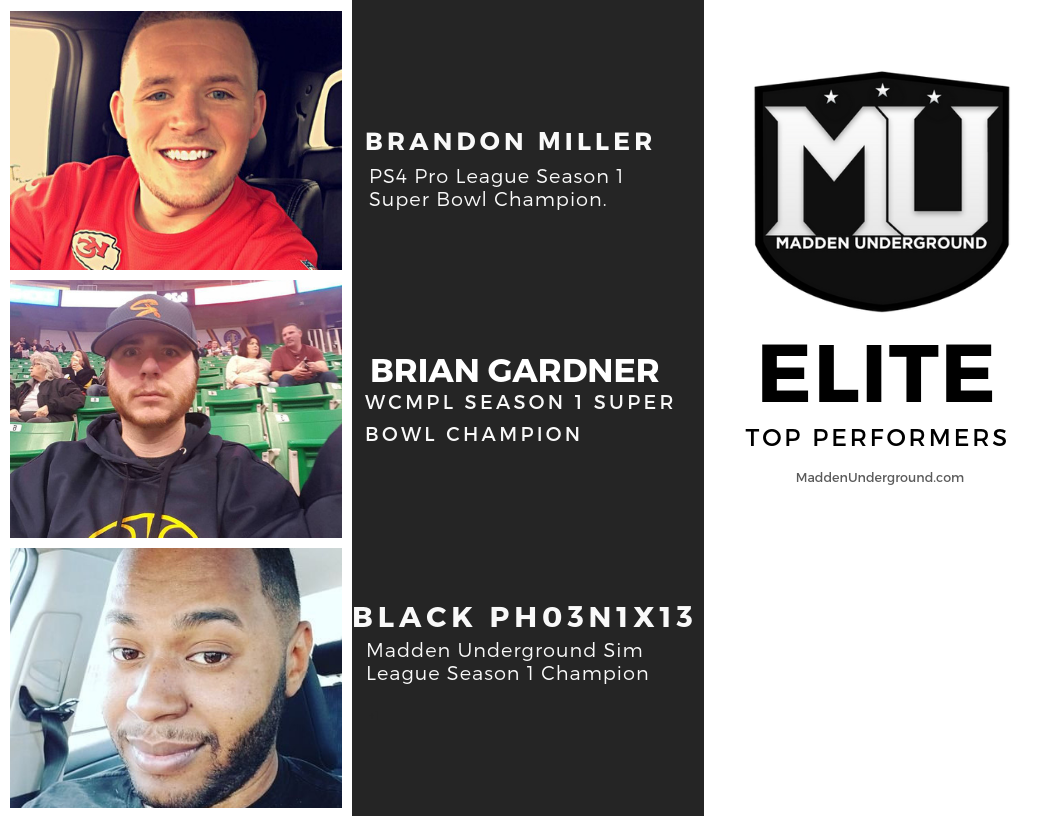 The Madden Underground 19 year is off to a  remarkable start. All of our leagues are extremely active, and competition is at an all time high. Season one of our premier leagues are officially in the books, but  we wanted to take time to properly introduce you to our Champions.

Brian Gardner is a Top notch Madden player. After winning the WCMPL 19 season 1 Super Bowl by 50 points, Gardner has solidified himself as the alpha in the WCMPL Franchise League for the time being. Although the competition in the NFC has increased he is still the favorite to repeat in season 2.

Black Phoen1x 13 entered the Madden Underground Sim League as the  favorite to win it all from the start. High expectations followed a championship caliber performance in the Madden Underground Invitational tournament. The Black Phoen1x presented the league with a huge problem on the defensive and offensive side of the ball with his calculated play calling.  Expectations are higher in season 2 but he seems to be up to the challenge.

Brandon Miller dominated the Madden 18 year collecting over a thousand dollars off league play alone. Madden 19 seems to be no different. Miller appears to be light years ahead of his colleagues.  With one Super Bowl under his belt in the Madden 19 year expect many more to come.