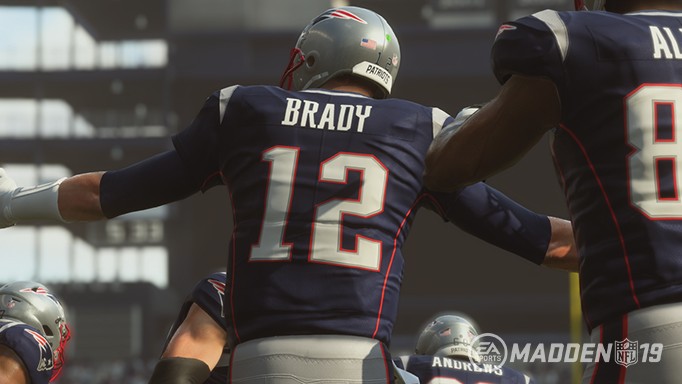 Tom Brady remains an elite QB, he’s unbeatable passing to short routes with a 99 Short Accuracy, and a best-in-game 97 Mid Accuracy.  Tom Brady CFM lifespan remains in question but should take you far out the gates.

Aaron Rodgers is that guy ! He has the ability to move the pocket while darting the entire route tree, with a 98 Short, 94 Mid, and a game-best 88 Deep. This goes along with a 96 Play Action and 97 Throw on the Run.

Wilson is the  most versatile QB in Madden 19. Wilson has an 86 Speed, 92 Agility, and a 96 Throw on the Run. His Accuracy scores — 93 Short, 87 Mid, 83 Deep. Wilson is also the only QB in the top five under the Scrambler Player Archetype and has a 91 Break Sack rating, the standard on this list. All of which makes Russ the most effective dual-threat QB in Madden 19. Wilson appears to be an almost perfect Franchise QB.

Drew Brees is another win now QB, although his days are normally numbered in Franchise mode he still has the attributes to get you to the promise land while he is available.  A 97 Throw Under Pressure rating tops all QBs. His Accuracy numbers come into the season with a 97 Short, 89 Mid, and 81 Deep.

Matty Ice just missed the 90’s. but he is pretty balanced when it comes to accuracy, with 94 Short, 86 Mid, and 85 Deep. He’s not bad on the move, either, with an 89 Throw on the Run. The Matty Ice Julio connection should be a great one in Madden 19.

Source for information: @thatDanW of Easports.com