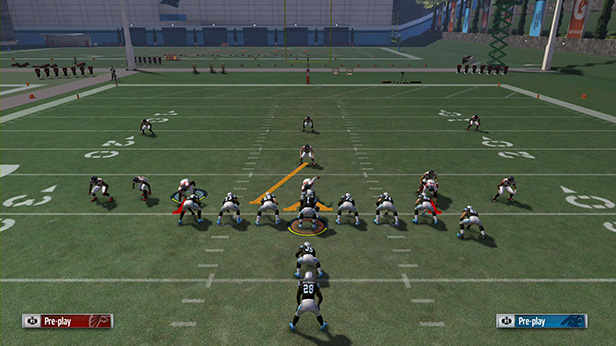 Finding A Competitive Scheme and Labbing

Every year when Madden comes out there’s a race to find out the hottest PB’s, new plays and the newest formations. Concepts stay the same as for beating zone and man coverage year to year. A Madden scheme in my opinion is a series of formations, plays and setups you use to keep your opponent guessing. These are my ways of finding a scheme and labbing it on offense and defense.

Offense
There’s multiple ways of finding a scheme. Some players find base formations they sit in all game while running a handful of plays with different set ups. Other guys use multiple formations using that same formula, and lastly guys find formation sets like 2-1-2 and 3-1-1 in a playbook and only use those personnel sets to keep you off balanced not knowing what formation they are in until after you pick your defensive play. It also becomes difficult when you keep getting hit with a tough play, you adjust to it, then they audible to another formation and have another great play that takes different adjustments to stop. I think overall looking for a playbook that has great formations with the same personnel groupings is the best way to go. It keeps your opponent on his toes if you find a great way to use that strategy. When Madden comes out I browse the play books and look for something that I can have balance out of running the ball and throwing, shotgun and under center. I look at the plays in those formations and brain storm how I can use those specific plays in a scheme then I hit the lab. Now you can lab on your own or lab with a buddy. If you lab on your own you need a 2nd controller. That way you have control over what you can make the offense or defense do. I go to practice mode for offense because it’s a more controlled setting. I can set the ball wherever I want on the field. With the defense I always base align and spy all the lineman. That way I can see how plays develop when I’m in the pocket without getting sacked. Then from there I start running plays mixing in different set ups against all coverage’s to see how each play works. After I’ve mastered my scheme I play a buddy in a competitive game or go online against a random opponent to see how it all fits together. Another crucial part of putting a scheme together is giving people the same look with different plays off of that. ManuGinobili987 is one of the top Madden players today and he does the best job at doing that, hands down. He’s known in the competitive community as the father of the Shotgun Split Close formation. What makes his scheme so great is that he has multiple plays from giving people one look. That makes it very hard to defend. I highly suggest you check out his work to get a idea on how to do those things.

Defense
Labbing defense this year will probably be more important than any other year with the new zone coverages and the new gap play for defensive lineman. I believe in finding 1 or 2 formations that you can find solid run D in and reliable heat and master those. With the new defensive line play this year gap pressure might be hard to come by. So finding effective ways to get edge heat while making good adjustments on the back end is most likely the way to go. Go to Play Now mode with a 2nd controller and get creative when finding blitzes. Base align, shift your line one way, crash down, reblitz somebody off the edge and QB containing are some of the more common ideas to get effective pressure. There’s multiple ways to find it. Just gotta put in the time. Practice mode isn’t very consistent with heat. The AI reacts much differently. With the new zones this year I’d learn what specific zones take away the more popular offensive concepts and go from there. Defense is all about user adjustments in competitive play. Making different adjustments to coverages will throw people off after the snap and can lead to turnovers. Giving people different looks as far as coming out in different coverages but making different adjustments is something high level players have been doing for years.
Closing
The main reason I wrote this article is to give the guys who are transitioning over from the sim community an idea of what they can do to make something their own and be more competitive. Using coach suggestions and calling random plays won’t be very effective against higher level competition. Also, there’s plenty of sites that sell Ebooks. When I started playing competitively I purchased some. It gave me a solid foundation to work with when creating my own schemes today. Hopefully this helps some of you going forward. Best of luck in Madden 17.
Written by @OogieBoog

One thought on “Finding A Competitive Scheme & Labbing”