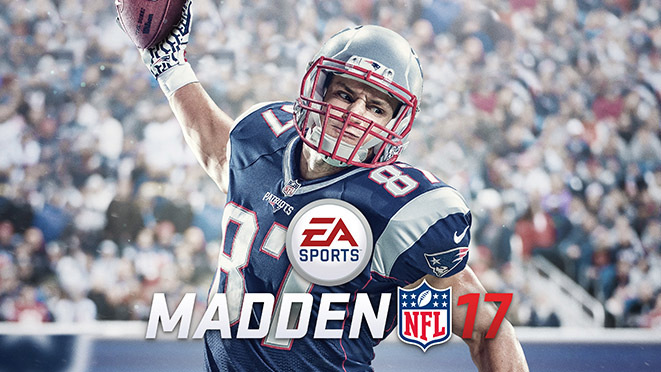 It’s that time of the year where Madden fans across the globe including myself wait in anticipation for the annual release of EA Sports Madden NFL Football. The expectations are high this year due to the fact that the development team listened to the hardcore community as a whole and tried to deliver our requests. The three things that I’m excited for the most are the new added zones, EA’s four major tournaments with the total prize at 1 millions dollars, and the swat mechanic to counter the hated and sometimes overpowered aggressive catch.

New Zones
In previous years of Madden zones were notorious for being flat out awful. This year EA revamped the zone coverages by adding 8 new zones. When the game drops everybody should hit the lab and find out exactly how each zone works. If you don’t know how each zone plays then you’ll never beat it or know how to implement them properly. This could be huge in expanding the skill gap that was missing in M16. Some of the zones are going to throw people off with how they play this year so reads and having a unique scheme are very important. Rex said there’s a counter attack to every thing your opponent does. My biggest question is can we put each individual defender in one of the specific zones to completely cage opponents that run a predictable offense. If we can do that I’m expecting offenses to be slowed down compared to years past.

EA announced that there will be four major tournaments for M17 with prize total of 1 million dollars. This is big for the Madden community. Being recognized as a Esport is going to open up a lot of doors for guys to make a living playing Madden. I’m assuming the prize total will grow each year the more publicity this gets and the more sponsors that jump on board. They haven’t specified what game modes will be used for the tournaments but think we’ll see the same thing this year as last. Draft Champions and MUT Salary Cap ranked. The online competition Ievel is about to rise with so much money on the line. Guys are going to take playing Madden to the next level when the online qualifier’s come around. Labbing and schemes are going to be huge this year. I’m assuming guys will find their own schemes and blitzes to stay ahead of the game compared to running the more popular community schemes that everyone will find ways to attack and best more consistently. I talked to a friend of mine in the strategy guide and tip business. C.C. is a strategy guide writer and content creator for one of the most popular ebook crews, Madden Turf. He’s been playing competitively since M25 and has been with the Turf Team for 3 years. He thinks that with more hands on the game and more people wanting to join the competitive scene will cause more people to turn to sites for effective strategies. Now some sites may withhold more explosive stuff until after the bigger tournaments. He still thinks it’s important to have something unique to what you do. He made a very great point that people should think about. You might see people with multiple schemes. They might hold their “tournament” scheme back until it’s go time. It could backfire on some compared to those who master 1 scheme but overall offense is very concept based and the highest level players can adapt on the fly running different schemes. You can’t teach anybody reads on offense or adjustments on defense. Overall the competitive scene coming back is big for the entire community. In the bigger picture of things I see guys making the transition over from the sim community to the competitive side once they see how much money is involved, the exposure it gets and how fun the competitive chess match can be. 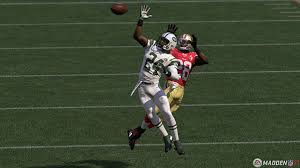 The biggest complaint about M16 was how games could be won or lost with the press of a button. Aggressive catching was easily the most community hated feature this year. There was no real way to prevent it. I felt it was more of a dice roll and whatever animation EA gave you is what you got. It’s definitely sickening knowing you could lock down everything your opponent was doing then he would gain a huge chunk of yards off a prayer. Rex and the development team at EA added the new swat mechanic after continuous backlash from the community. After seeing gameplay videos of people using it and seeing how effective it is I’m definitely excited to get back on the sticks. A lot of players that relied on aggressive catching as a crutch are going to be in trouble when they can’t cross the 50. The main issue was that players that weren’t elite pass catchers could make ridiculous catches in double or triple coverage over elite defenders. For M17, only a select few will be able to go up and make those catches, however, the swat mechanic gives us a much needed counter attack. This will definitely widen the skill gap a little bit more. Guys that can make reads and dissect defenses will continue to dominate. The only thing that worries me are patches and tuning updates. Every time those occur it can cause the game to play differently. We should all be thankful for the direction that Madden is heading in. I don’t know any other gaming communities that have this much involvement with customers like Madden does.

All Day Showing out in the Madden Underground PS4 Pro League