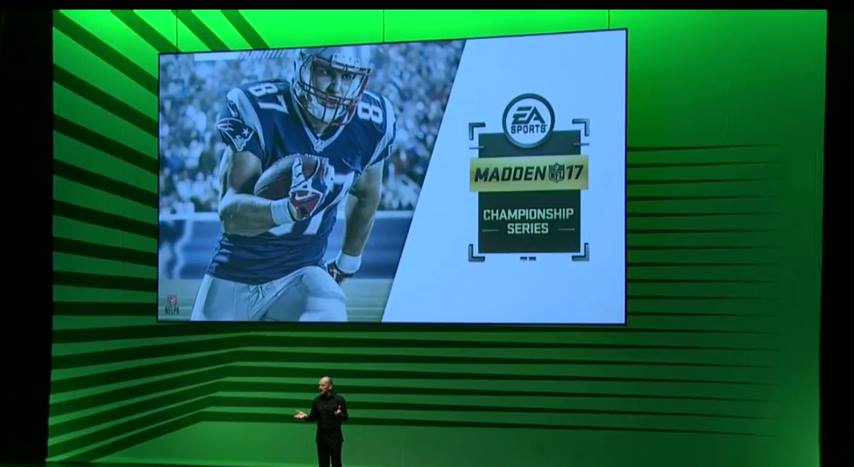 On Sunday during the Ea play press conference in Los Angeles, California. Chief Competition Officer Peter Moore dropped a Bomb on the Madden Community. He expressed how electric Madden competition in the eSports world could be with the assistance of Elite players , A Global Stage ,and of course Big pay days. Peter Moore went on to elaborate how the goal was to make stars of all Madden players, with competitive modes and weekly online contest to keep the game fun and meaningful for everyone. Moore also announced 3 new ways to compete Challenger, Premier, and Ea Major events.

Challenger Events :Challenger events grants the community the ability to easily host and run their own tournaments.

Premier Series :The Premier Series are large scale live events that EA will host with partners inside and out side of the gaming world.

Ea Major Events : These are marquee live events run by EA on a global stage. The best players competing for the biggest prizes. Starting this week here in Los Angeles with the first EA Major event the Madden NFL 16 Championship.

Moore closed by announcing that EA would be hosting a 1 Million dollar Championship series. Moore stated “it takes time to be the best” and EA wanted to reward skilled players for all the hard work. That reward is a  full year of high stake action that consist of 4 EA majors, and future events to be announced soon.

No official dates have been released but you can bet more news will be coming soon.

Dre Knows : HOW TO COMPETE IN MADDEN MCS ’21