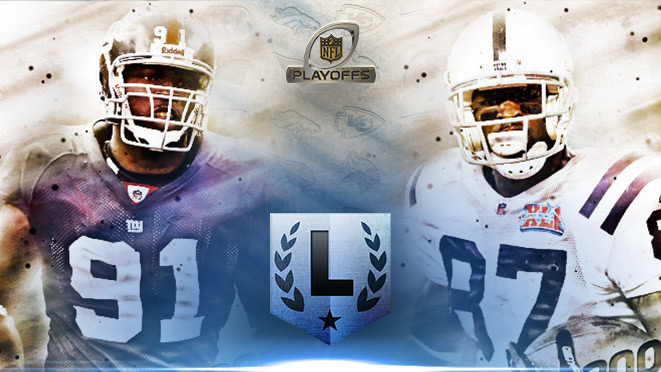 During the Playoff Season our Legend Program turns to recognize amazing performances in the Playoffs!

2006 Season NFL Playoffs: Recorded 216 yards and 2 TDs as part of a Colts team that won its first Super Bowl in 37 seasons.

2007 Season NFL Playoffs: A big part of the Giants front 4 that pressured their way to a Super Bowl victory over the undefeated Patriots.