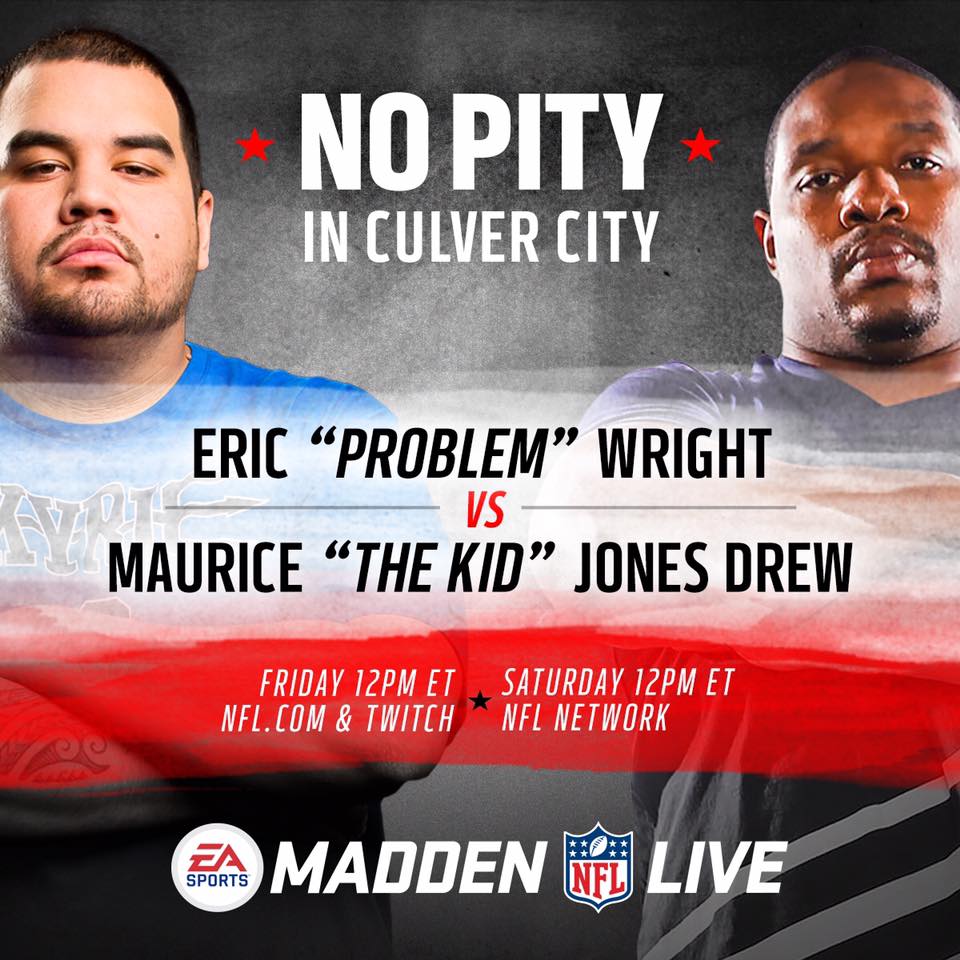 Maurice “The Kid” Jones-Drew vs Eric “Problem” Wright in the showdown known as “No Pity in Culver City!” 2-Time Madden Bowl Champ Maurice Jones-Drew hopes to retain his perfect record against challengers in “The Arena” against one of the greatest Madden gamers of all time, Problem!

Tune in Friday at 12pm Eastern on Twitch.tv/NFL or Saturday at 12pm ET on NFL Network
Immediately following the broadcast, Problem and 7 other elite Madden gamers will face off in the inaugural Madden NFL Live Challenge Invitational, with 4 spots at the Madden Bowl Finals on the line. Watch live at twitch.tv/EASports. More info atwww.Maddenchallenge.com.