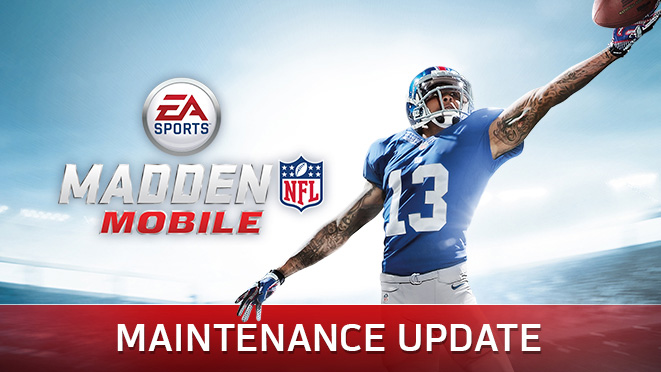 On Tuesday, November 10th, an issue with Madden NFL Mobile produced an exploit which was used by some players to gain large numbers of packs.

To protect the game economy, Madden Mobile was placed in maintenance mode for an extended period of time.

When Madden Mobile went live again, the small number of players who had a large amounts of opened and unclaimed, unopened packs will find them removed; including auctions that had been posted during the exploit time period.

These actions were taken because EA remains committed to doing what is necessary to protect the Madden NFL Mobile game experience for all players.