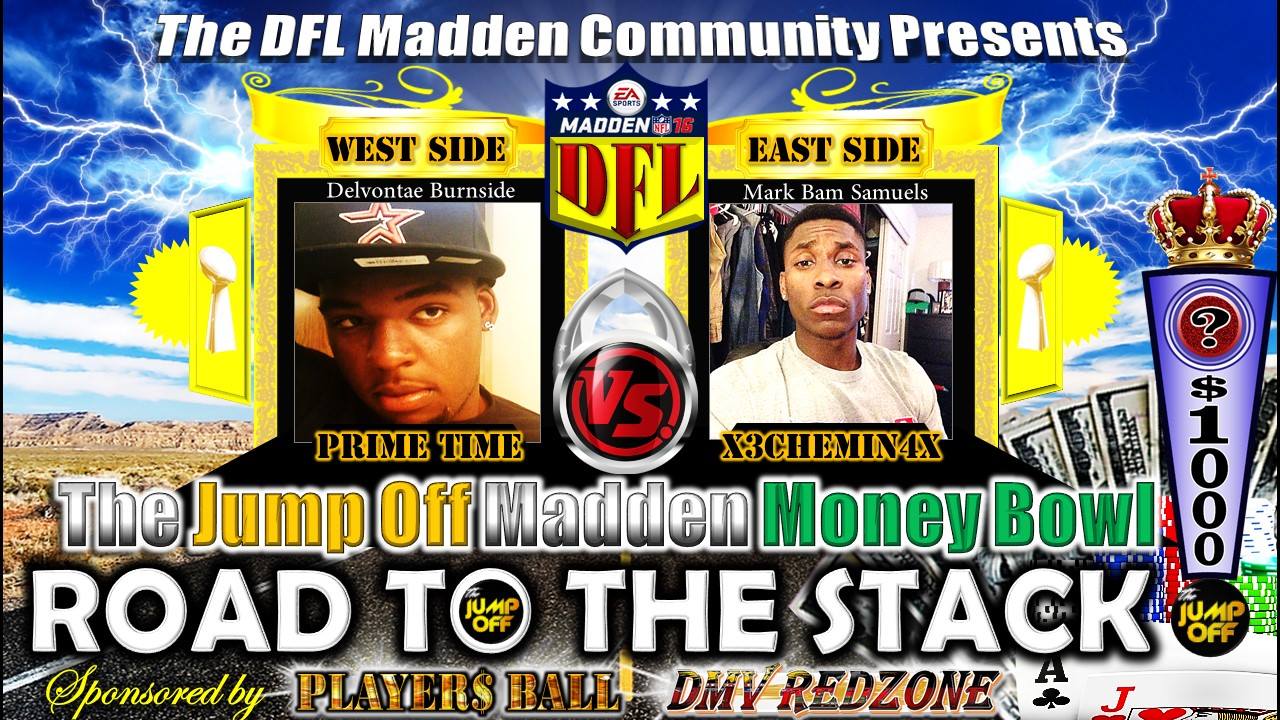 Over 80 players Competed for a chance to win 1,000 dollars in the DFL Jump Off tournament. This type of money peaked the interest of players from various Madden Communities. Sponsored by the The Players Ball and DMV Redzone some of the best players the Ps4 console had to offer would be competing for the Cash and bragging rights.

Mark “Bam” Samuels wasted no time turning heads in his first games of the elimination rounds Killing Mad Dodger 28-0.  Moving onto face Jarquis 1000 who managed to score, but was later defeated 38-7.  Bam’s next opponent was King Randi, after a huge win over Bronco i’m sure Randi felt confident going into his bout with Bam, notice i referred to him as just Randi not King Randi. A King is ruler of his domain or kingdom, Randi on the other hand was defeated 52-7 proving he may be a decent madden player who had a bad day, but he is no King. Bam on the other hand advanced.

Set to face Showtime who had been on quite a roll as well. Defeating Uptown, Lurkgang, and DadonGodjr with out allowing more than 13 points proves he is the epitome of tuff. Showtime showed out but fell short of victory in a 34-17 loss to  Bam Samuels.

The Bam vs Chizzy  game was surrounded by hype. Chizzy defeated Paidnfull 38-14, KyJellyman 34-10, Kevin Jones 17-3, and Dallas 10k tournament winner also Madden Underground’s #2 ranked Xbox one gamer Skimbo 31-28. Chizzy was in the Final 4 facing off with Mark Bam Samules. They got off to fast start solid defense on both sides of the ball but Bam was able to pull off a 34-17 victory putting him into the finals.

Below are the final Brackets