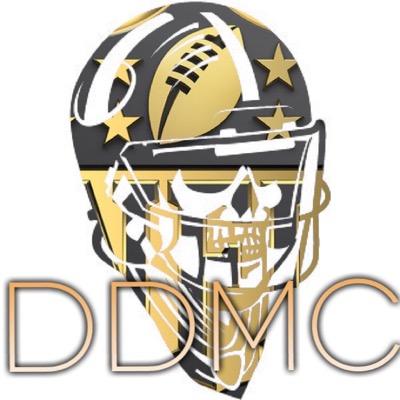 This game was a barnburner full of points. Manwildcard too his steelers into Foxboro and put up 42 points in a tied game going to the 4th. But it wasnt enough as LethalJimmy pulls it off by 7 in collectively, the most points total between 2 teams in week 1. Key Stats- Blount 27att 285 yds 5td’s. Rothlisberger 17-28 412yds 3td’s 5int’s

Newcomer BKP took his Packers into Soldier Field and gave the Zilla’s bears a run for their money. But Aaron’s 3 int day didn’t help the case as this is another game that shows that you better take care of the ball in this game this year. Key stats. Cutler 15-23 330yds 3td’s 0int’s Rogers 16-29 221yds 2td’s 3int’s

Another close one for the DDMC Week 1 Season. Dangerous takes on a tough Chiefs team owned by playmaker and pulls off a tough win in his home field. Dangerous struggled on offense putting up 189 offensive yards while iPlaymaker riled up 315 yds in offense including 222 in the air. Int’s killed the chiefs in thos ine giving the texans 2.

Seasoned DDMC vet REDRZA pulls off a last second FG win in this one defeating Lilzave’s Browns in walkoff fashion. Very even game with theexception of Davis throwing 3 picks which probably caused the outcome of this one. Key stats. Ivory 12att 125yds 1td Turbin 12att 125 1td

Shawnbman took his high powered LUCK offense and straight gave it to the former 2 time DDMC Champ Camren and his Bills in week 1. Cam simply couldn’t get much offense going at all. But now addding Jamis Winston to the bunch may just change that. Shawn threw 5 picks but still riled up 301 yds with luck showing the capability of moving the ball.

JHALL kept this one close but it wasn’t enough to pull it out against RipTaylor. JHALL ran the ball for 367 yards(miller 170rush) and was the highlight of the game bu 3int’s clearly didn’t help the outcome. Panthers 3 Jaguars 41 Simmed game for Home win(per rule of CPU team)

Division rival game here. 2 longtime DDMC Vets IDC & Phillyguy went toe to toe to OT but the rookie emergence of Todd Gurley(26att 120yds 1td) was official on the field in this game.

Steelericon got his 1st win of the season in Cardinals stadium beating DrMess with precise passing from Drew Brees(11-20 218yds 2td 1int). Proof that taking care of the ball will result in wins in the DDMC in yet anothe close contest. Lions 14 Chargers 30 FatboiBarker pressed the dominance button from the jump in this one defensively only giving up 2yds on the ground defensively and shutting out Foolbiz in the 2nd half. One of the top Defenses i’ve saw so far this early season.

This game came down to the wire and a press of the correct button(for beast). Brianjames had a commanding 23-14 lead in the 1st half bu Beast fought back and had a shot at the end in the red zone and used the aggressive catch instead of the possession catch to win the game. EPIC FAIL AT THE END but nonetheless a great comeback try and a great week 1 win for brianjames.

A FAKE PUNT FOR THE 1st DOWN. That may have been the turning point of this close battle between damobb and warpath. Warpath dominated yard wise(354 off yds) but looks like 2pt conversions or missed PAT’s killed warpath’s vibe and cause him to lose by 2.

Lethal Bars was in this game for the most part until the dreaded 4th qtr allowing biggatron to score a td to go up and take a commanding 4 pt lead. Flacco’s 5 int’s proves the code of NFL & DDMC Madden league ethics that ball care is of the upmost importance.

Talk about a slow terrible game from both parties, but had to be a winner in this one. Coachsweat had hardly any yards offensively(162 off yds) and 0 td’s from the offensive side of the ball. XMAN came out and controlled the clock and had a great 2nd drive of the day putting a td in the end zone but a crutial 2nd qtr pick 6 tied the ball game up & essentially lost the game by a final second FG by coachsweat. Romo again to prove the point, threw 3picks in this one including the pick 6.

Trey Mosh went in the battle of the birds and seeked his prey picking off matt ryan 3 times and having solid play by sanchez(175yds 3td’s). Dirteebird had a solid game with Jones(4 rec 138yds 1td) but simply wasn’t enough to defeat trey’s eagles in the BIRD BOWL.

2MAD get the big home victory with his niners against Professor’s Viks by simply playing solid defense. Only giving up 28 on the ground and 95 in the air speaks volumes for this 9ers defense as we all know the dominance that AP, Bridgewater and company can do in Madden. Professor had a bad day with his vikings but vowed to step it up for his week 2 matchup. Tons of close matchups so far in the league. Makes for a very competitive DDMC season.