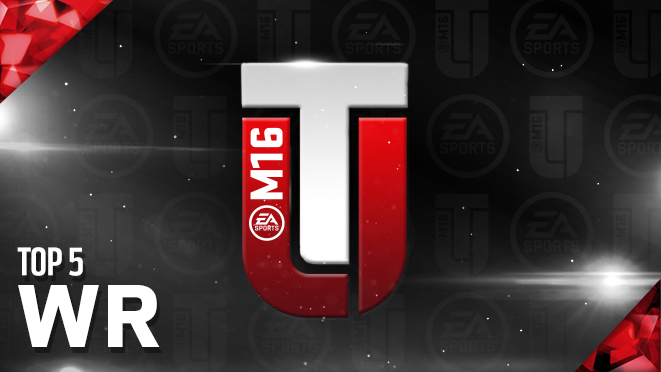 It’s time to check out the ratings for the best wideouts in MUT (Madden Ultimate Team) as we begin the new season. Throughout the year, the MUT Base Set is the foundation for the Items found in Packs.

With programs like Team of the Week, seasonal events, and other special releases, updated versions of players become available to reflect the on-field performances of real NFL players.

Starting his ninth year in the league, defensive backs are still waiting for Megatron to lose a step. Johnson brings 95 Spectacular Catch and 95 Catching along with 96 JMP/90 JKM/90 CIT/88 SPD.

Electrifying the NFL in his first year, Beckham starts his second season with best-among-wideouts 97 Spectacular Catch along with 95 Catching, and 92 RTE/92 JMP/91 SPD.

Two-time Pro Bowler Jones is negotiating a contract, but should stay a Falcon for life. He thrills the fans with 93 Spectacular Catch and 92 Release, and also has 88 SPD/92 CAT/90 CIT.