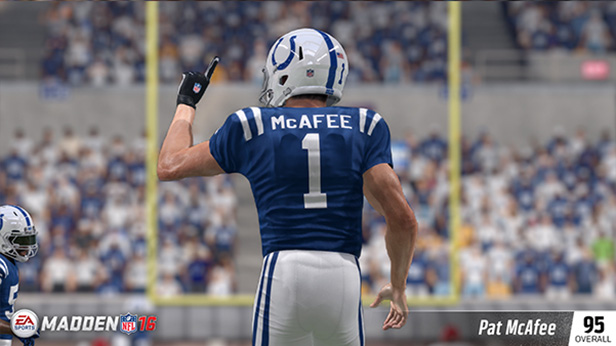 That’s just a myth about Madden NFL players never punting, right? You need these guys! Punters are people too.

Here are the top-rated punters in Madden NFL 16.

McAfee put 30 punts inside the 20, and led the NFL with 70 touchbacks on kickoffs. His 97 Kick Power is tied for best among punters, and he also brings 92 Kick Accuracy and 88 Awareness.

Hekker has 97 Kick Power and 97 Kick Accuracy (both best among punters). A former high school quarterback, he is your choice for fake punts with 64 THP/65 TAS/40 TOR/79 AWR.

Bosher already owns all of the Falcons’ franchise records for punting, and ended 2014 with a 45.7-yard average. He has 92 Kick Power and 97 Kick Accuracy with 83 Awareness.

Morstead led all qualified punters by allowing just 99 return yards on his 58 punts. His net average was second in the league at 42.9 yards. He has 95 Kick Power and 91 Kick Accuracy with 86 Awareness.

Martin has 96 Kick Power and 95 Kick Accuracy with 80 Awareness, and he also helped the Lions with kickoffs in 2014. His total of 53 touchbacks tied for fifth in the league.