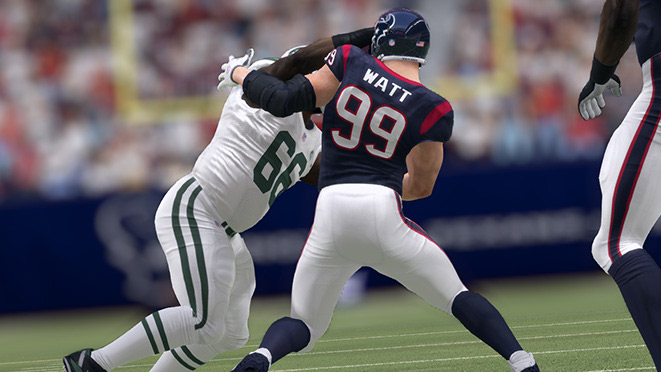 Take a look at the top-rated defensive ends in Madden NFL 16.

The two-time Defensive Player of the Year boasts a game-best 99 99 Power Move rating, as well as 98 Pursuit, 97 Strength, 97 Tackle and 97 Block Shedding. As if that wasn’t enough, his three touchdown receptions in 2014 earned him a 78 Catch rating as well.

Bennett is one of the keys to the Seahawks’ dominant defense. He’s strong across the board and features 91 STR/91 TAK/94 PWM.

Wake should be even more productive with the addition of dominant defensive tackle Ndamukong Suh. Wake starts Madden NFL 16 with an outstanding 96 Power Move and 76 STR/79 TAK/93 PUR.